If referees in the Premier League earn a couple of grand per week while officiating on matches with global betting volumes of £5 billion,
If referees for all Premier League games are selected by just one individual;
If referees work with agents to promote the agents' clients on the field of play,
If referees are at the root of most matchfixing crises:


If bookmakers accept insider trading merely treating it as competitive advantage in the marketplace,
If bookmakers trade such knowledge at dark pool poker tables of corruption;
If bookmakers own football clubs and, on occasions, coerce players to perform appropriately,
If bookmakers create spot markets to corrupt the minutiae of in-play actions:


If agents are non-regulated and are the primary lubrication of criminalities in the sport,
If agents work together in a fragmented cartel to pool ownership of players to solicit matchfixing;
If agents are engaging in third party ownership and the trafficking of children from developing countries,
If agents pay backhanders to managers to pick certain players for mutual benefit:


If clubs, owners, managers, referees, agents, administrators and players bet on the outcomes of games,
If clubs exert power over lesser clubs in the same leagues with agreed outcomes being the norm;
If clubs focus more on unearthing lucrative marketing deals than on winning trophies,
If clubs built on debt can only survive by matchfixing their games:


If coercion, threats, menaces, violence and murders are the primary modes of controlling non-acquiescent individuals,
If transnational organised crime and global mafiosi are actively involved at all levels of corruption;
If suitcases of cash and offshore illicit money flows are the norm in financial transactions,
If there are administrators who facilitate these corruptions based on laissez faire capitalism:
If the Fit-and-Proper-Person Test results in clubs being owned by entirely unfit and entirely improper individuals,

If owners take over clubs to asset strip and to monetise the debris via inversion capitalism;
If money laundering, fraud, utilisation of offshore financial centres and beneficial ownership is the norm,
If clubs are held offshore for tax and/or regulatory avoidance to the benefit of the owners:
If spurious and fake arguments are repeatedly made against the use of video technology in the sport,
If there are no laws against insider trading and no Commitment of Traders' reports;

If there is widespread use of performance enhancing substances and their related masking agents,
If the market capitalisation of major clubs is dwarfed by global betting turnover on any of their matches:


If fans and the public are kept in the dark about all these machinations due to a blackout by the mainstream media,
If there is nowhere for whistleblowers to go with information about corruptions;
If the reward for being a criminalised player is a lifelong role as a media analyst or commentator,
If huge fortunes are being made while meritocracy is always trumped by the performativity of corrupt practices:

The Football is Fixed Network have traded on the underground betting markets of South East Asia for over 20 years.

In the mid-nineties, our Thai and Australian-based brokers informed us that we were well ahead of the competition.

We model the markets and take trading positions based on exposed value.
We also profit by mimicking the insider trading of corrupt matches.

We achieve the highest Return on Investment of any global trading syndicate known to us.

Out of around 250 parameters that we assess for each match for our modelling and algorithms is one relating to the impact on the personal psychology of a player of persistent criticism, slanging and abusive chanting from commentators, summarisers, mainstream media and fans (both in the ground and on social media).

Below is the full list of the most dissed players (in randomised order) in the Premier League throughout 2016.

Ladies, gentlemen and football agents, the Premier League's most dissed player of 2016 and the winner of Le Balon Et La Chaîne D'Or is, Raheem Sterling of Manchester City.

There are obvious patterns relating to particular clubs but we won't bore you with our assessments.

There are also xenophobic forces at work.

But, most strikingly, there is a powerful positive correlation between what the mainstream media people project and how the football fans think.
Disinformation, biases, irrationality, mob behaviour...

Reach us via Contact Form at Match Fixing Analytics  http://www.matchfixinganalytics.org/contact/Cannot promise replies.And follow us, if it becomes you, @FootballIsFixed on Twitter© Football is Fixed 2006-2016
Posted by Jeremy Bullivant at 13:03 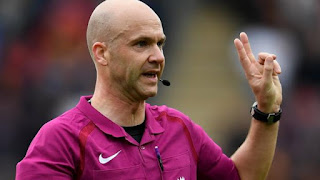 The mainstream media created much fake fuss over the selection of Anthony Taylor to referee Liverpool against Manchester United as Taylor lives in Altrincham - a strange godless sort of skin-stretched prozac-popping sub-suburbian compound on the outskirts of Manchester.

There was a suggestion that this might lead to bias.

A more interesting line of inquiry would be why Mr Taylor is only refereeing the matches of north west teams.

It is farcical that Taylor officiated at 4 out of 5 Everton matches in this window.

Our first book will be published in February 2017.To register your interest and to receive a free chapter in time for Christmas, please register via the book link below or on the form on the Football is Fixed blog homepage.

Reach us via Contact Form at Match Fixing Analytics  http://www.matchfixinganalytics.org/contact/Cannot promise replies.And follow us, if it becomes you, @FootballIsFixed on Twitter© Football is Fixed 2006-2016
Posted by Jeremy Bullivant at 02:23 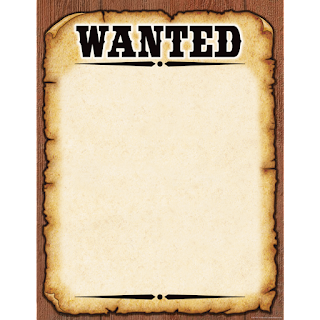 JOHN COLQUHOUN AKA THE SECRET AGENT

IF YOU SEE THIS MAN, DO NOT APPROACH, BUT CONTACT POLICE, FA OR UEFA 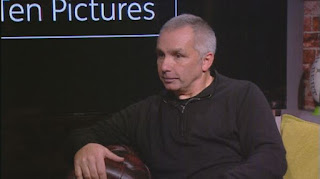 Posted by Jeremy Bullivant at 02:47 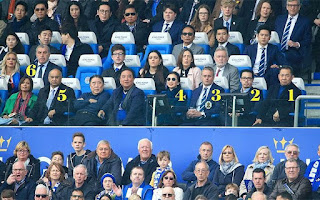 Dilly Ding - A Matchfixing Thing
Dilly Dong - Corruption All Along

And Doping And Fixing Bring
The Premier League Title Gong

Reach us via Contact Form at Match Fixing Analytics  http://www.matchfixinganalytics.org/contact/
Cannot promise replies.
And follow us, if it becomes you, @FootballIsFixed on Twitter
© Football is Fixed 2006-2016
Posted by Jeremy Bullivant at 10:19

A Cover Up In La Liga BBVA 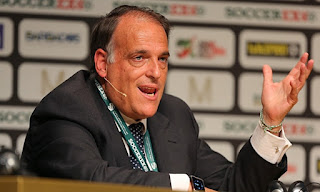 Javier Tebas "Nothing was done to help Real Madrid. I say nothing"

On November 22nd last year, we exclusively disclosed the name of the Assistant Referee who had been approached to undertake matchfixing in El Clasico between Rafa Benitez-managed Real Madrid and Barcelona  http://footballisfixed.blogspot.co.uk/2015/11/the-planned-matchfixing-of-el-clasico.html

On February 18th, this case was archived over an alleged lack of evidence.

The Royal Spanish Football Federation (RFEF) statement reads as follows: "The Referee's Technical Committee (CTA) of the RFEF hereby informs the public that the Anti-Corruption Prosecutor's Office in Barcelona has concluded the investigation procedures related to the complaint lodged with it and the Guardia Civil relating to the alleged pressure made by a member of the CTA on a certain number of referees and assistant referees, the possible candidates to be appointed for a certain football match. As a result of the above, the office has proceeded to archive the complaint referred to, on the grounds that it lacks the sufficient evidence to prosper. This is placed on record for the sporting world and the football world in particular."

This is a cover up as the evidence exists.

1. La Liga president Javier Tebas claims the allegations were "implausible" as the refereeing team had not been made public at the time of the Assistant Referee detailing the illicit approach by the CTA to his lawyer. But the selection of the refereeing team for El Clasico had already been made internally which undermines the platitudes of self-confessed Real Madrid fan Tebas.

2. The actual release of the refereeing team to the public was delayed and was made at the time of kick off of the England v France match commemorating the Paris terrorist atrocities and would have also been during the Belgium v Spain game had it not been postponed on security grounds late on. Why was the public announcement delayed and timed at 21:00 hrs Spanish time if there was nothing to hide?

3. If everything was lacking in evidence then why was the official who made the complaint removed from the refereeing team of  David Fernandez Borbolan for the El Clasico game and only for that certain football match, appearing as Assistant Referee to Borbolan in all previous and subsequent events?

4. What did Rafa Benitez know of the initial approach by the CTA?

THIS ISN'T JUST ANY GAME, IT IS THE BIGGEST GAME IN THE WORLD AND SYSTEMIC MATCHFIXING WAS ATTEMPTED...
... AND THEN COVERED UP.

And while we are on the subject of corruption, as Tebas is painting himself as whiter than white then perhaps he could tell the Spanish public how the other matchfixing investigations are proceeding in relation to fixed matches at the conclusion of previous seasons  http://www.theguardian.com/football/2015/mar/17/spain-finally-fighting-match-fixing
Posted by Jeremy Bullivant at 05:49 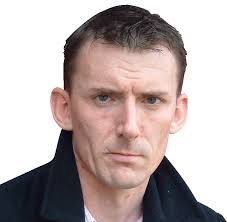 Guardian 'journalist' Jonathan Wilson, who looks in need of a good meal

The Guardian newspaper occasionally surpasses itself, like when they dumped whistleblower Edward Snowden in a Hong Kong hotel room while their brave journalists scooted to the airport with their scoop. If it hadn't been for Wikileaks journalist Sarah Harrison, Snowden would now be incarcerated in a US penitentiary for life.

On a far less important matter, the completely dysfunctional nonsense spouted by Jonathan Wilson in the paper this weekend regarding the Premier League this season may merely be seen as fake journalism supportive of criminal elements in the English game http://www.theguardian.com/football/blog/2016/jan/28/premier-league-leicester-manchester-united-city-chelsea-arsenal.

In brief, Wilson attempts to make the point that the flattening of the hierarchy in the EPL this season is due to the 'evolutionary biology' first proposed by Jake Gould two decades ago whereby no team nor player stands out in the modern game.

This must be news to Messi, Neymar, Ronaldo, Djokovic, Federer, Kohli, Sangakkara and a whole host of other individuals who stand head and shoulders above their contemporaries.
It must also be news to Barcelona, Real Madrid, Atletico Madrid, Juventus, Bayern Munich and Paris St Germain who are in leagues where 'evolutionary biology' somehow doesn't apply.

The primary fake points made in this gross example of manipulated mainstream media 'journalism' are addressed below:

1. Leicester City have been more favoured by pgMOB match officials this season than any team in any league for the last two decades. The Foxes should be placed in mid-table rather than sitting on top of the pile.

2. Chelsea are in a lowly position for an inversion of this fact. No major team has been targeted by pgMOB officials more than Chelsea under Jose Mourinho. It is of some interest that since Mourinho left, the refereeing of Chelsea games has returned to norm (witness the 8 minutes injury time and offside goal versus Everton!).

3, As Arsene Wenger and the UK Anti-Doping Agency chief executive Nicole Sapstead have pointed out, usage of Performance Enhancing Substances in UEFA competitions and EPL is rife. Such usage is also ignored by the FA and it is another reason for the 'shocking' season that we are experiencing.

4. The other input to 'evolutionary biology' that we are apparently experiencing is the matchfixing of most BT Sport live events by a pool of rogue officials and insiders.

Remove these four inputs and the Premier League table would be normal with no need for nuanced fake journalism to grab hold of some pseudo-scientist to justify the systemic corruption in the world's favourite league (sic)..

The Guardian football section is 'overseen' by agent John Colquhoun.
This explains why Wilson chats shit.

Check Out My Other Blogs

A Wunch of Bankers

A Ludic Abstraction Of Competition